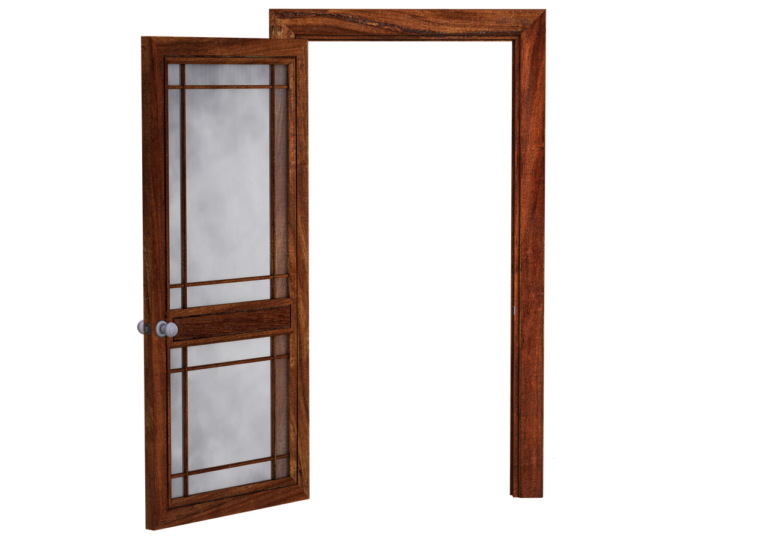 A common conception in discussions about platforms is that we’re talking about a new phenomenon. Although platforms do add new and unique elements to the matchmaking process, they are essentially no more than just a digital layer on top of existing processes, including their pros and cons. Victor can’t be fooled too easily, “No one in Sweden is crying out like, ‘oh, look at this new phenomena, we probably need new legislation.’ Our main question was: how does this fit into our general Swedish model of organizing the labor market and unions? We quite quickly came to the realization that we should probably sign collective bargaining agreements with these platform firms. These firms could bring productivity gains through their business models. And we as representatives of the white-collar private sector, we should engage with those actors. We don’t need new legislation. We don’t need new definitions of work. We don’t need to create new collective bargaining agreements, because this isn’t a new sector. This is just a new business model within existing sectors.

Within the context of Unionen it is important to realize that 67% of the Swedish workers is a member of a labor union and 90% of all the work is covered under some collective agreement. These high figures can be explained by the fact that welfare benefits are paid by labor unions according to the ‘Ghent System’ which is in power in Sweden. Wikipedia states the following regarding this model:

“The Ghent system is the name given to an arrangement in some countries whereby the main responsibility for welfare payments, especially unemployment benefits, is held by trade/labor unions, rather than a government agency.

The system is named after the city of Ghent, Belgium, where it was first implemented. It is the predominant form of unemployment benefit in Denmark, Finland, Iceland and Sweden. Belgium has a hybrid or “quasi-Ghent” system, in which the government also plays a significant role in distributing benefits. In all of the above countries, unemployment funds held by unions or labour federations are regulated and/or partly subsidised by the national government concerned.

Because workers in many cases need to belong to a union to receive benefits, union membership is higher in countries with the Ghent system. Furthermore, the state benefit is a fixed sum, but the benefits from unemployment funds depend on previous earnings.”

Moreover, the relative soft regulations on labor give labor unions great freedom to make quick and versatile agreements. Victor, “there are very few legislations that restrict the organized labor market. The labor market is regulated by employers organizations and the unions. The legislation that exists, is also dispositive in some sense. As actors on the labor market, we can choose to negotiate and circumvent the legislation. This the purpose of the legislation: if we find a better deal between ourselves, it will be better than a Parliament restricting or stipulating how we should function. And this of course creates a basis on which we approach the platform economy, which is unlike the situation in many other countries.” An interesting approach explaining a different attitude towards the government. As Victor profoundly sums up, “Legislation takes away bargaining power from unions”.

Timing of regulation is key, but a union isn’t obligated to wait for regulation

Much is being said about specific platform regulation. I am, for several reasons, on the conservative side:

Hence, I would rather experiment more to discover how the positive elements of platforms can be enhanced and undesired side-effects can be minimized.

Based on the Swedish context, it is no wonder that Sweden has a different stance on regulation than countries not working with the Ghent system. Victor states, “If you regulate too early, you might create a regulation that doesn’t really solve any problems, but creates loopholes instead. If you regulate too late, you risk ending up in a bad situation. We would basically have to legislate a de facto situation. Collective bargaining on the other side is completely flexible. You could just say, okay, let’s sign a new deal and if nessesairy you can negotiate again. Let’s go over this component, that didn’t really work. Let’s hit the negotiating table again and see how we can do better solving this. We’ve always advocated for that towards our friends, because we see it as legislation. Also, legislation takes the bargaining power away from unions. I mean, it lessens our importance. And I think, when dealing with the platform economy strategically, we should really consider what might be the wisest way.”

Ways labor unions and platforms could strengthen each other

Meanwhile Unionen has sealed 3 collective agreements with different platforms. Victor elaborates, “None of the 3 collective agreements with platform companies in the private sector came together via conflict or strikes. All via dialogue, none via court. Wage costs for example, which is a hot topic in gig economy, is not on the table as something that’s a problem. The problems are mainly technical. How do we make sure that we comply with the collective bargaining agreement through our automated process of intermediating work.

This is also where I see us and platforms operating together futurewise: in automating more parts of collective bargaining agreements when you look at work safety. What if you could implement in the app that whenever you end up somewhere as a platform worker, that you will get a notification saying, ‘This workplace has been properly safety checked, with a date sign by this and this person, who is a union representative.’ I mean, there are many of these things related to compliance, making it easier to do the right things.

By digitalization, we can make this process probably more efficient. And since we have such a long-standing tradition in Sweden, employers and unions are readily collaborating on solving issues on the labor market. I think that we will probably reach the point where we will see ourselves developing compliance with collective agreements, through business models that are semi- or fully automated on how to go about. We also need to get the technical knowledge within our organization, to have a level playing field in the discussion with the platforms.

One way of thinking could be in us setting up some kind of joint venture with employer organizations on how to solve this. That will then become a company or an NGO, an entity which task it is to solve this, funded by employers and employees unions collectively. This would be one way of doing that. And again, since we have such a long-standing cooperation, dialogue through these things is made easy. Of course, it is to the benefit of the platform firms. They don’t have to worry about strikes and conflict, and we see that our members work in productive companies, which means that they can keep their job, with an increasing expansion in the availability of jobs. It’s really a win-win situation.”

Not the consumer, but business as client. That makes the difference.

Much of the turmoil around platforms is about the transaction platforms facilitate between the individual supplier and a consumer as client, where the consumer constitutes one of the worst possible employers. The working conditions in this kind of service sectors (i.e. domestic services, food delivery, taxi, etc.) were already poor before the platforms became intermediary actors. Which surely isn’t an excuse to continue in the same manner with platforms.

What makes the case of Unionen interesting as well, but different from most regular cases, is that white collar platforms usually have businesses as client. They have very different conditions than when the consumer is client. Victor, “If you want to be a serious actor in the Swedish labor market, you have to be on the inside of the partner model. You have to have a collective bargaining agreement and you have to have a collaboration with the union. This is the standard in Sweden. Many medium-sized to large companies require you to be part of a collective agreement. If not, they won’t do business with you.”

If I had to select one message that stood out in the chat with Victor, and earlier conversations with his colleagues, it is that trade unions have to move along with the times. Victor puts it like this, “We can’t just pretend that what was working 10 years ago, is going to be efficient in 10 years from now. That can’t be our mission. I think we must make sure that our members can find secure well-paid work, also in the coming 10 years. That might mean that it needs a shift in jobs because of the industry.” This approaches the fundamental value of labor unions. A very different sound than the traditional defensive message where people try to push a square peg in a round hole.

It is wonderful to see how open Unionen approaches the debate. Although it is of value to emphasize the context in which Unionen operates from a relative fortunate position. The labor union represents the ‘white collar’ workers. Workers with a free choice for whom they would or would not like to work, especially during an economic upturn. It is still questionable if relations will remain as relaxed during a depression.

The real friction between labor unions and platforms usually takes place in the blue-collar sector; a target group outside the scope of Unionen. Moreover, the collective agreements made so far are only with national platforms, but there still is no grip on non-Swedish platforms. There also isn’t yet any urgency to do so for this white-collar trade union, but I’m curious to see in which measure those actors will conform themselves with a national standard. A standard that is under high pressure with companies by the likes of Spotify, making their own internal agreements with their employees irrespective of labor unions. And although the Ghent system sounds as an ideal scenario for labor unions, real life shows that the system offers no reason to lean back. For a more in-depth read on this, I suggest the paper: “The end of the Ghent system as trade union recruitment machinery?”

All of this doesn’t diminish the fact that the approach of Unionen has something unique. Even in an exceptional context, Unionen’s approach is a unique example of how one could do well with a dialogue and social pressure. Hence, a great example for other trade unions considering the development of a realistic and constructive strategy towards platforms and work. 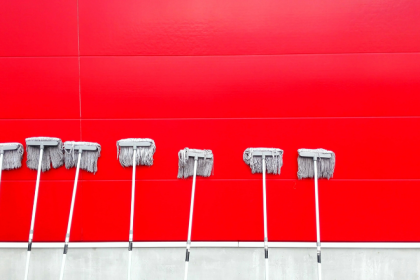 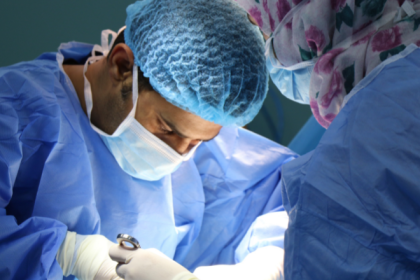 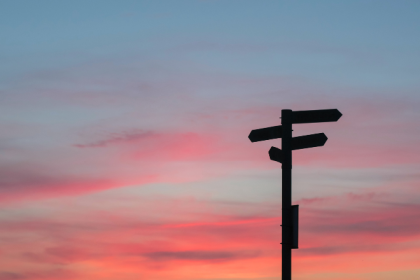